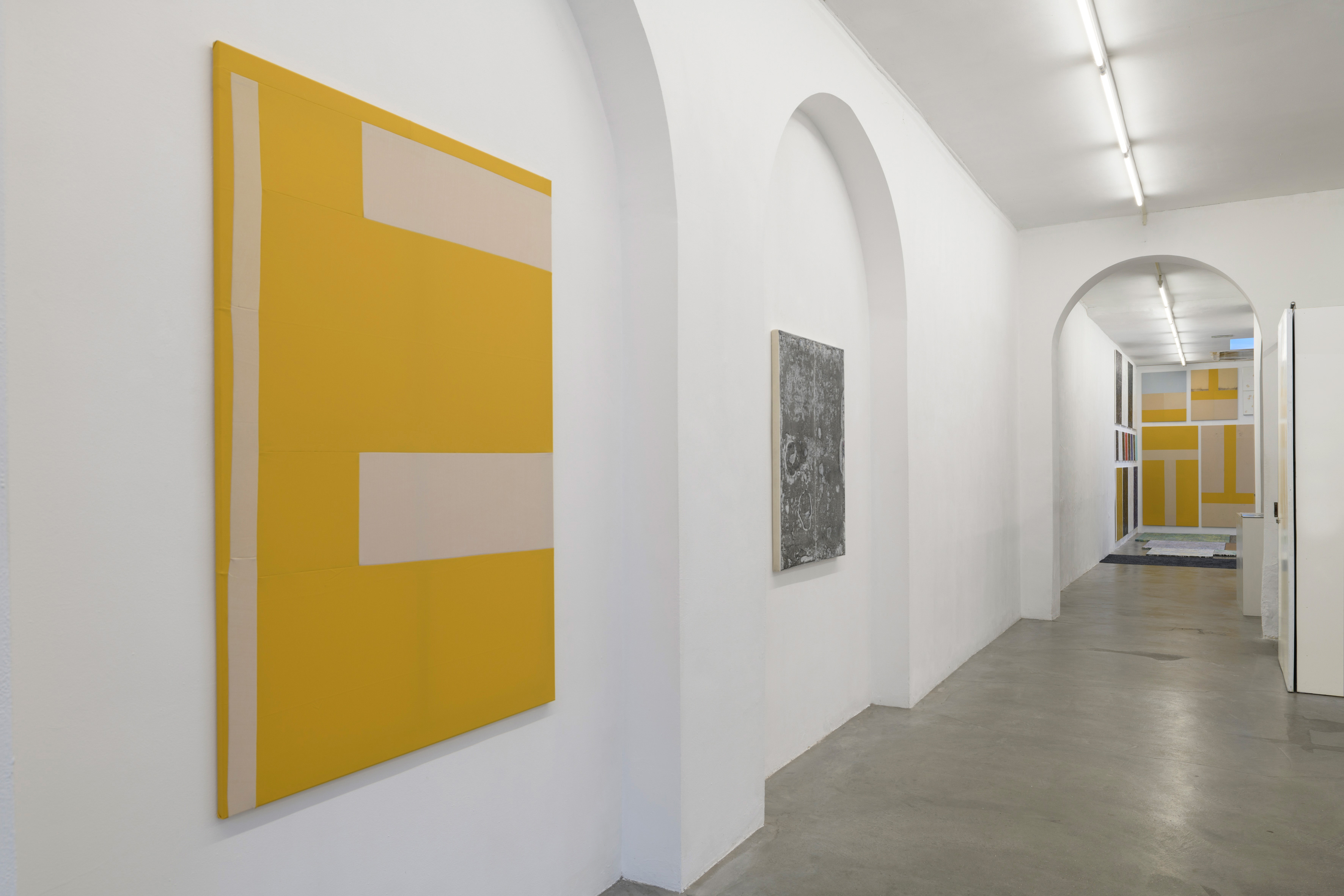 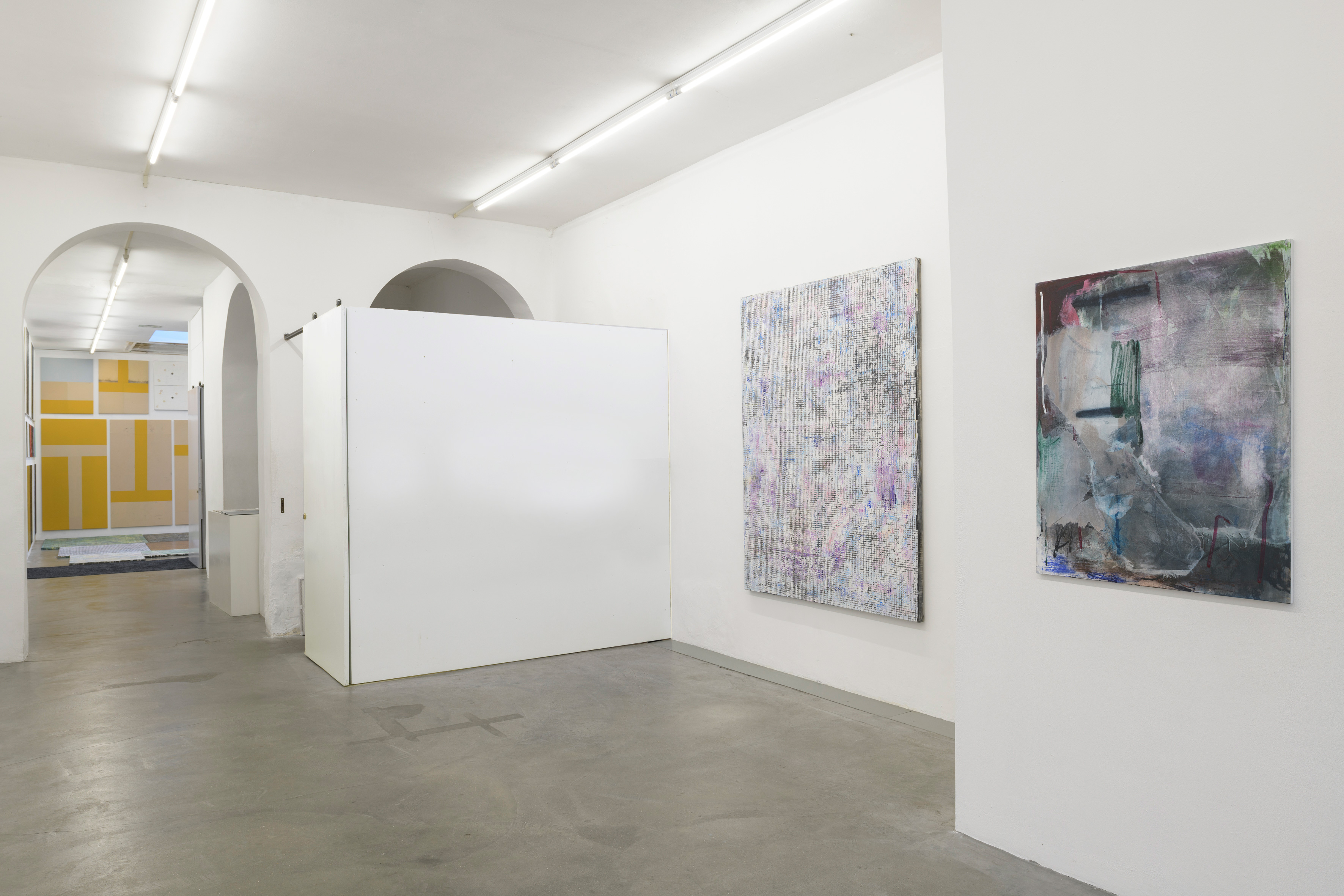 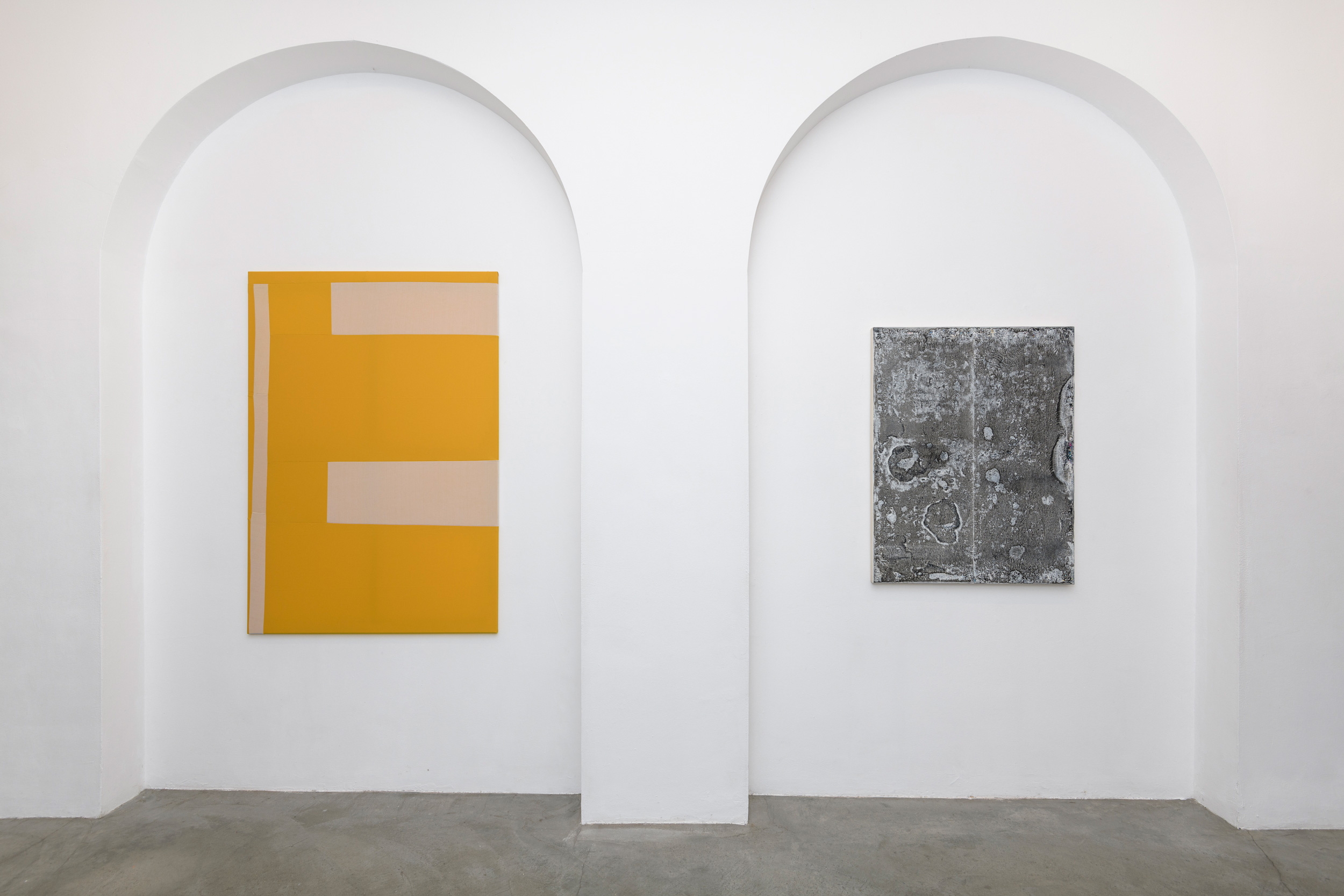 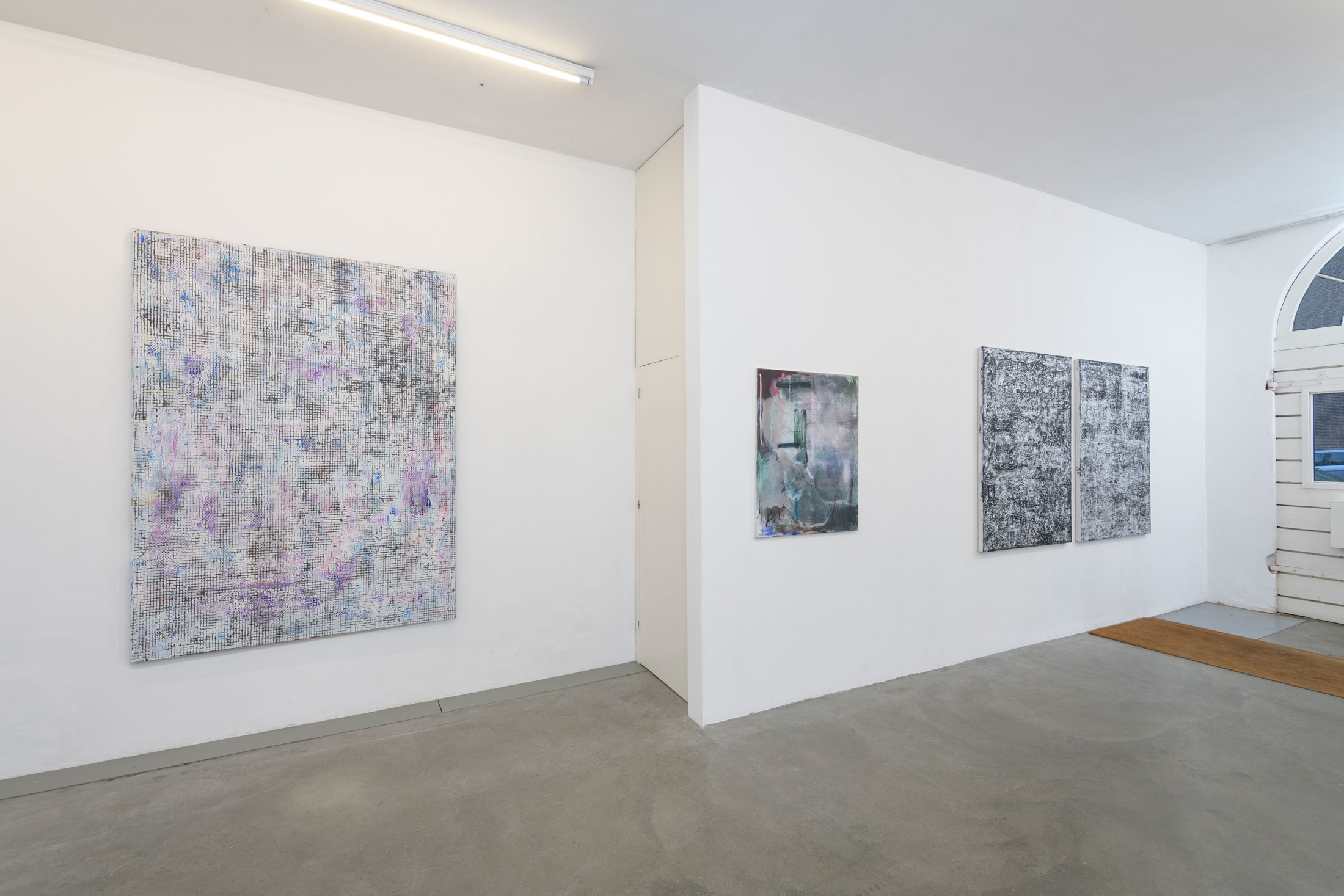 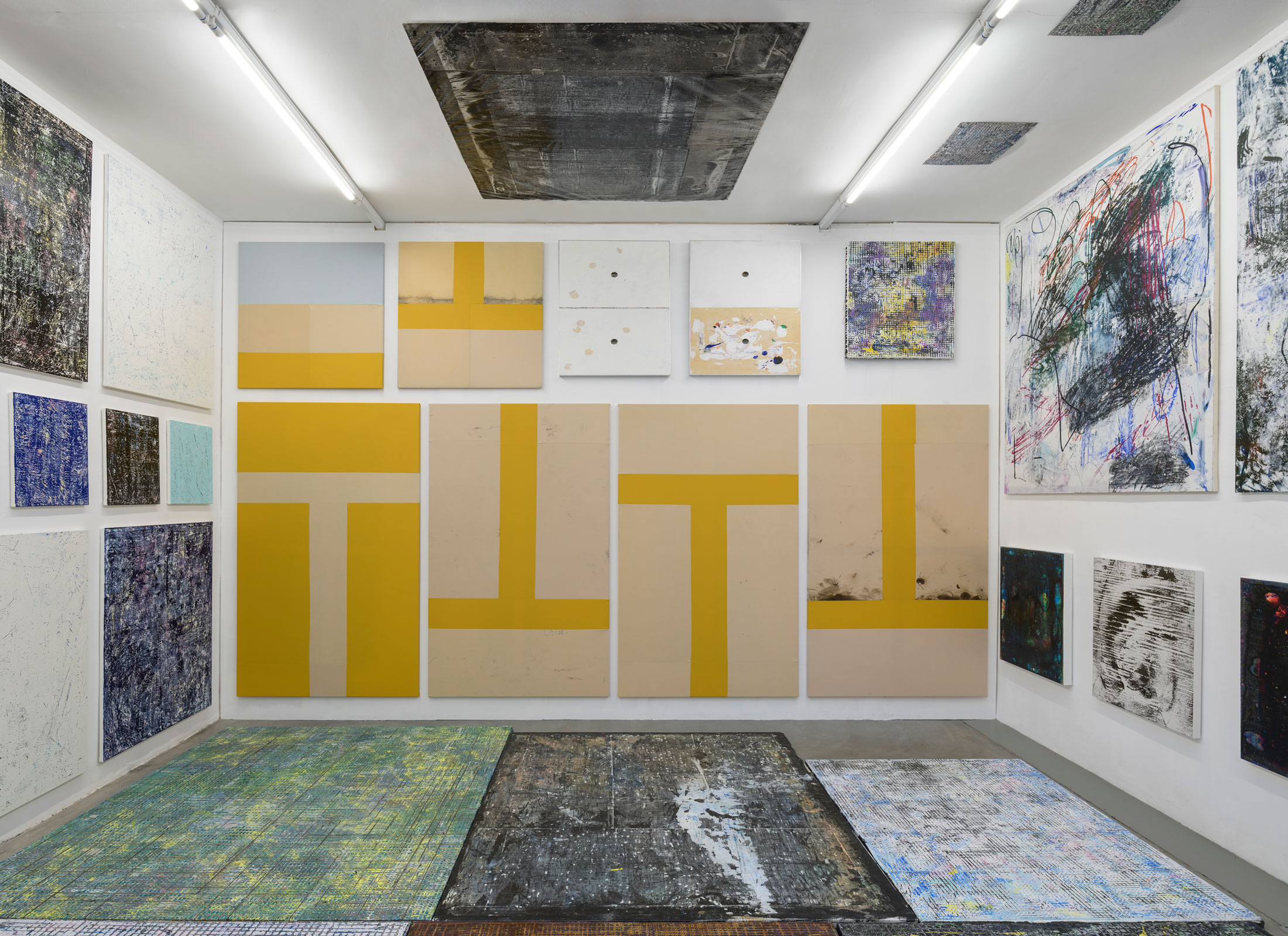 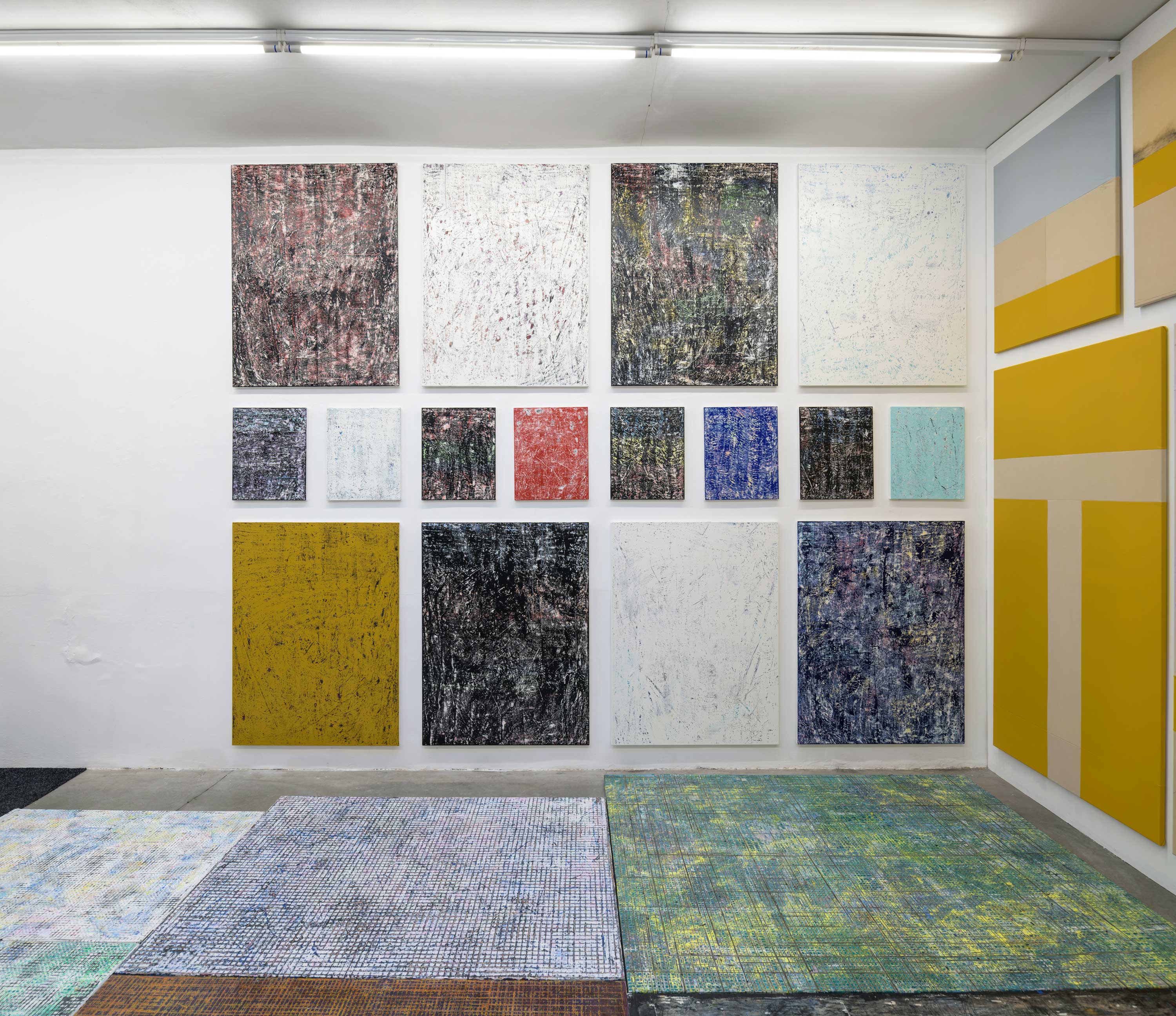 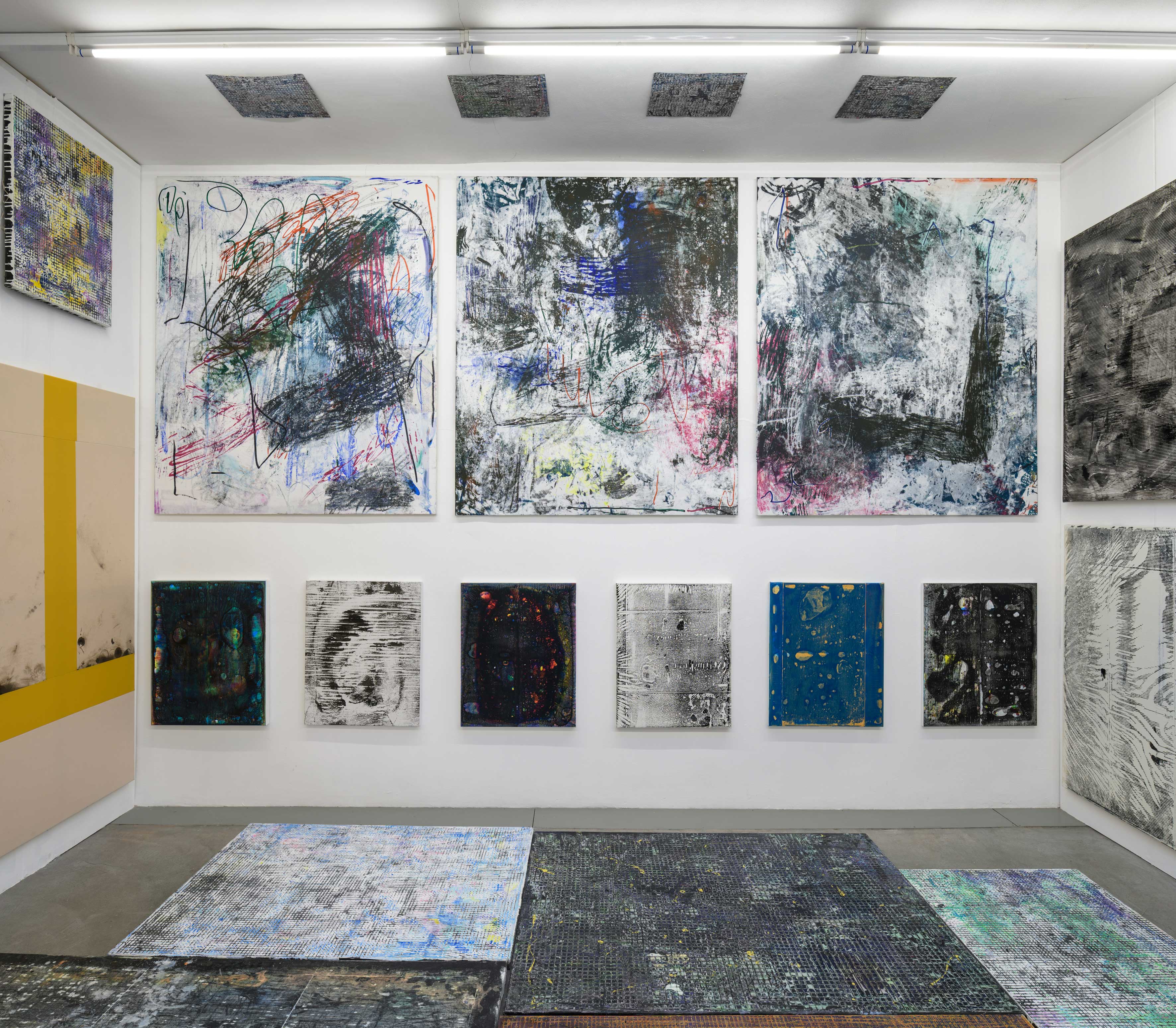 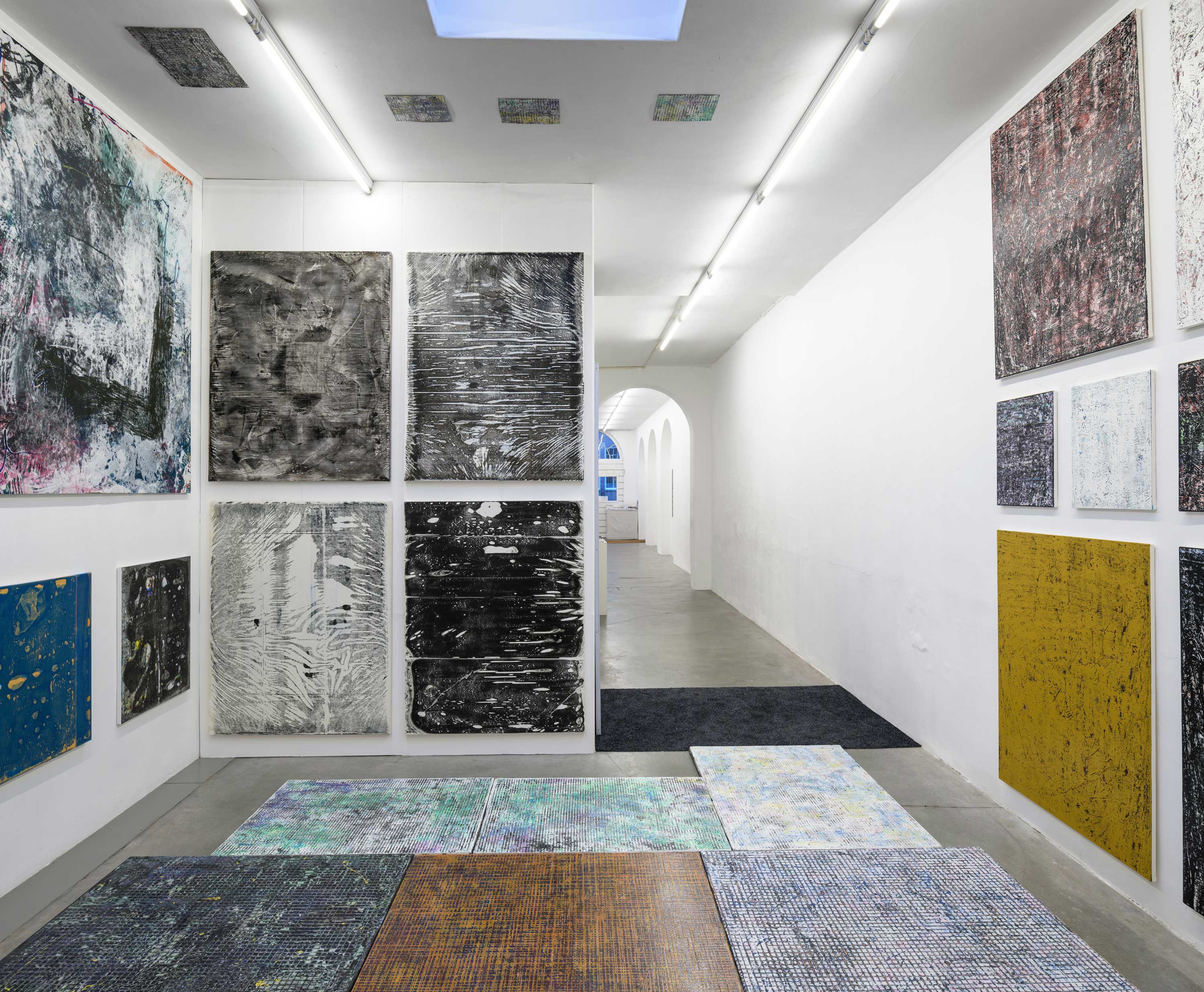 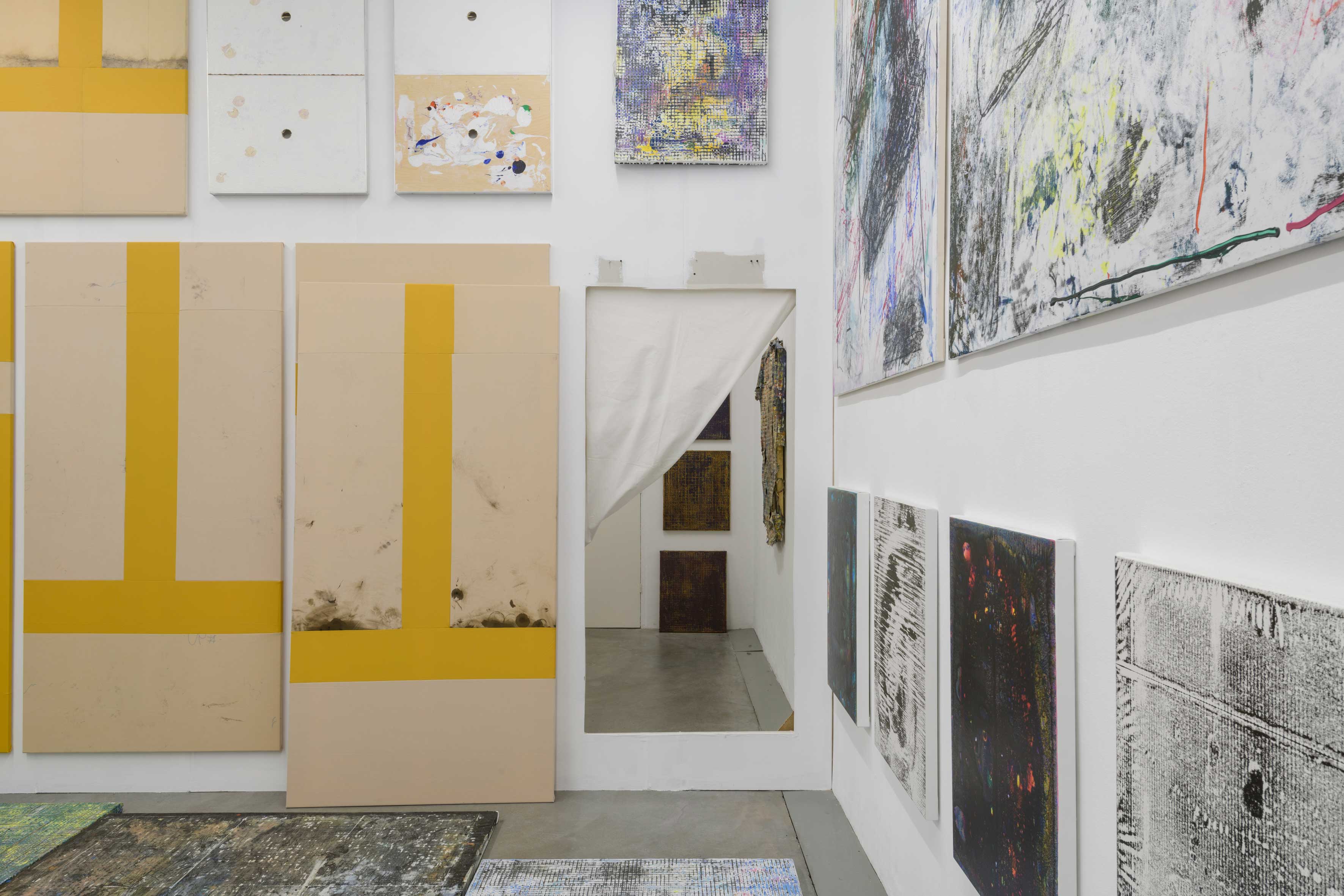 On Saturday the 25th of November a group exhibition curated by Gijs van Lith, entitled THE BROWSING CHAMBER, will open at TORCH gallery in Amsterdam. Five young international talents will present works in a salon-style exhibition that will cover the entire surface of the backspace of the gallery, from floor to ceiling. All participating artists make process-based abstract works which relate to painting in a systematic manner. These young artists are inspired by their largely digital surroundings and the way images are indexed on the internet. Before the festive opening the salon will be the location for an intense yoga session, the marks of which will become part of the final presentation. This installation can be viewed as a three-dimensional interpretation of a google image search. The neatly organized grids of images provided by search engines have become a point of first contact for people interested in the work of an artist. Entering the backspace should speak of human scale and our interaction with artworks grounded in their material.

For The Browsing Chamber, Dutch painter Gijs van Lith selected four artists who create works that connect with his own brand of process-based abstraction. One can discern a loosely connected group of artists who are looking for non-figurative visual languages that find their origin in the collision of mechanical repetition and the act of creating. They are searching for ‘glitches’ or unexpected results of analogue and digital systems. By repeating gestures to the point of fatigue small deviations from a self-imposed grid appear. These unavoidable imperfections result in works that appear very dynamic and expressive while their origin is very strict and conceptual. Many of the artists work with the idea of creative destruction. Destroying something that already exists leads to a wide range of new starting points. This is an idea that has taken ground in the discourse concerning painting itself. A young generation of artists is picking up the shards of the wreck of the medium to rearrange them into something new.

Steven Cox (1986, Edinburgh, Scotland) Plays with different, often interwoven painterly languages in his work. He combines strategies to arrive at an abstract work and then develops a rigorous research of the used materials resulting in destroying and covering parts of the final piece. The resulting works appear to display a fairly simple rhythm of forms that reveals itself to be a complex layering of ideas when closely scrutinized. He completed his MA in contemporary art theory at Edinburgh College in 2011 and has been exhibiting his works worldwide since. Recent solo exhibitions include:Good Vibrations, Galerie Jerome Pauchant, Paris, I Intend To Live Forever, So Far, So Good, Galerie 95, Biel, Switzerland, Language Barrier, Annarumma Gallery, Naples, 29 October – 10 December, Post No Bills, Galleri Benoni, Copenhagen.

Pierre Obando (Belize, lives and works in York) Is interested in the balance between understanding the mythical status of a work of art and witnessing the nearly mechanical acts needed to create them. He magnifies the artistic gesture to try to arrive at an essence of historically significant artworks. His pieces are often based on grids and patterns that can be used to create jarring optical effects. Using stencils and other printing techniques he is able to leave traces of previous works in his own pieces. He received his MFA from hunter college New York in 2001 and has completed residencies in Florida and Nebraska. His work is represented by Thierry Goldberg gallery in New York.

Ina Gerken (1987, Düsseldorf, Germany) works within the tradition of abstract expressionist using a clear contemporary mindset. Her dynamic paintings revolve around ideas of human scale and the direct transference of action onto canvas. She has a very intuitive way of working and tries to keep her knowledge of art history outside of the process of creation. Her goal seems to be to transmit a certain painterly mentality, a process-based and deliberately naive method of working. Her work is represented by Achenbach Hagemeier in Düsseldorf and is exhibited internationally.

Gijs van Lith (1984, Den Bosch, The Netherlands) creates very labour intensive works that stretch the definition of a painting beyond its limits. By his own definition, every surface covered in paint has the potential to be a painting. All that counts is the act of painting, the pure pleasure in applying paint that jumps from every canvas. For his most recent works he uses an industrial sander to haphazardly destroy his canvas and to remove thick layers of paint. By dividing these canvases into grids, damage suddenly becomes a language, a mathematical composition of destruction. His work is represented by TORCH gallery Amsterdam and he is the curator of this exhibition. He has previously exhibited in Düsseldorf, London and New York and is currently working on a monumental installation for his solo-exhibition at the Kunsthal Rotterdam.

Samuel Francois (1977, Pompey, France) is interested in the idea of a surface. After a period of making abstract works he decided that the canvas was just another object that has little to do with making a painting. Now he applies paint to a wide variety of surfaces, ranging from safety blankets and jeans to industrial plastics. His works are often minimalistic and monochrome. They focus on the expressive qualities of the material itself. He is represented by Berthold Pott gallery from Cologne and his work has been exhibited in Brussels, Paris, London and Turin.